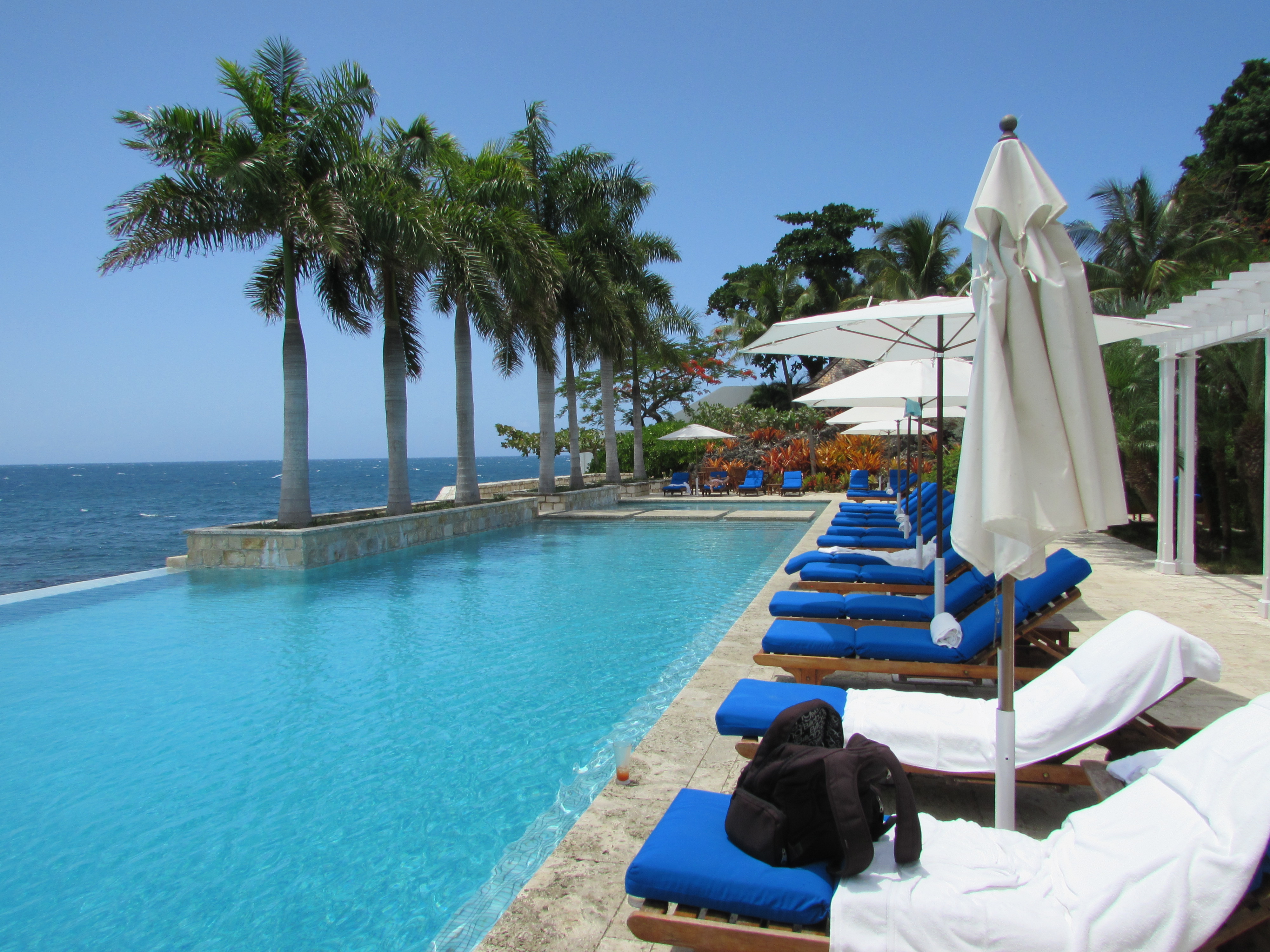 Become a part of your journey

WHAT TO LOOK FORWARD TO ON A TRIP TO SCOTLAND

What I love most of all are the people. People that have survived through struggle and strife. Dedicated people, devoted to purpose and loyalty.

A clan tradition, (clan meaning close-knit interrelated families). Not a legal right, if you want to belong you can. Belonging is a start. Clan members are justly proud of their heritage and want to display their allegiance. An official structure, regulated by Scottish heraldry and coats of arms. Each year over 50,000 people from around the world meet in Edinburgh for the annual gathering of the Clans, parading down the Royal Mile.

Scottish history, from 10,000 BC there’s things to talk about. The Caledonians and the Picts drove the Roman’s out in the 2nd century resulting in Hadrian's Wall being erected, 60 km of a stone wall dividing Scotland and England. The Vikings from Norway and Denmark arrive in the 800’s. In 1040 Macbeth is King, any of you that studied Shakespeare might remember. William Wallace and Robert de Bruce and the struggle for Independence. Mary Queen of Scots, 6 days old when her father is killed in battle and she becomes Queen. Her son only 13 months when he succeeded to the throne. No! Mother is still alive. In 1603 he becomes King of England and Scotland, very complicated. More history with the Act of Union 1707, bringing England and Scotland together. The Battle of Culloden. The last battle fought on British soil.

The Age of Enlightenment. Philosophers, Scientists and Scholars that had an influence on shaping the modern world.

Sir Walter Scott, Robbie Burn’s are writing books and poetry. Today look at the global success J.K. Rowling in Edinburgh has had with Harry Potter.

Parliament has returned to Edinburgh after almost 300 years.

Journey with us to Scotland, where the natural beauty simply dazzles, the echo of bagpipes can be heard across the glens and history uncovered in every turn. Discover new places together! Limited to 24 Guests.

It’s 432 AD. No ordinary visitor this time, he’s been here before.

On a land mass basis after Russia, Canada is the 2nd largest country in the world. Stretching from the Atlantic Ocean to the Pacific Ocean and north to the Arctic Ocean. A country with six time zones. Hundreds of thousands of people arrived into Canada in the late 1800s and early 1900s. There was a need to have the country populated and in turn developed.

The Canadian Pacific Railway, CPR, company had been incorporated in 1881, mainly to transport goods and people throughout the country. The result of this endeavour was an extension of the CPR company into other sectors of industry such as shipping, tourism, agriculture and trade. The CPR, shipping line had the contract for example of transporting mail from Hong Kong, Japan and China to the United Kingdom and from Manila in the Philippines. Liverpool was the port of call. With regular crossings Europeans and Asians were able to cross to North America and Canada. When the railways were been built the largest number of employees were Chinese, others were Italians, Irish, Polish and Czechoslovakians.

Towns and cities grew. Tourism was growing. The railway hotels like the Fairmont in Banff under the stewardship of Sir William Van Horne was the place to be seen. The nation expanded, British Columbia on the west coast and Labrador and the Maritime provinces on the east all became part of Canada.

In the 1950s a government proposal was passed to build a highway coast to coast. Looking at most of Canada the county is relatively flat, until you are heading west. The idea was that each province would take care of the upkeep of the highway, post the initial cost of the construction which was funded mainly by the Canadian government. The project took over 20 years to complete which was quite an accomplishment considering its distance of 7,820 Km or 4,860 miles. A causeway had to be built to Newfoundland plus the other Maritime provinces. The highest point is Kicking Horse Pass at 5,340 feet above sea level in the Rocky Mountains. It's considered the longest highway in the world, Highway 1.

The highway goes through Banff National Park in Alberta. The oldest national park in Canada and the third oldest in the world. Being established in 1885 from very meagre beginnings after three employees of the CPR company on a day off discovered the ‘Hot Springs’. Located in what is known today as ‘Sulphur Mountain’. Trouble started immediately as to whom had the rights to these ‘springs’. The Canadian government established a national reserve, to quell the problem. This was later to become the Banff National Park. With a annual turnover of 3 million visitors, it is treasure trove for all travellers and tourists alike.

Carbon dating has shown that there have been people living here for 11,000 years. These indigenous people traded in furs, hides, fresh meat and fish when the first Europeans began to transverse this wilderness in the 17th, 18th, 19th centuries. In the 1880s when the surveyors and engineers came to plan a route for the railway the indigenous trackers were contracted as guides for the CPR company.

A geographic look at Canada shows from east to west in the southern provinces an undulation of the countryside on the east, a multitude of lakes and rivers including the five Great Lakes, which forms part of the border of Canada and the USA. Canada has 20% of the fresh water on Earth. Moving west through Manitoba and Saskatchewan we have the Great Plains, the breadbasket of Canada, with the agricultural growing of wheat, canola, barley and soybeans. Coming into view in the distance are the Rocky Mountains. A range of mountains that stretch through Canada, and the USA down to New Mexico. On the Alberta and British Columbia border is the Great Divide, the Bow river that disperses its contents of water east for the Atlantic Ocean, west for the Pacific or north for the Arctic. It has no say in the matter at 5,340 ft, the highest peak, Kicking Horse Pass, the elements decide.

So driving through Banff National Park, I am confronted by this bridge. Did I miss something. No there’s another and another. Beautiful bridges, Two tunnels on either side of the highway, an arc in semi-circles that end bluntly on the pavement below.

What an ingenious solution to a serious problem. Canadians are passionate about nature, be it wild life, forests, fish or your domestic pet. This highway built through a national park was causing a catastrophe for wild life, large and small. Their territory had disappeared, they were imprisoned by a massive barrier that they could not cross without risking life or limbs.

Conservationists and environmentalists were becoming aware of the amount of animals that were being injured and killed on the highway. Drivers and passengers were killed or seriously injured in these collisions.

A solution to the problem had to be found. Canada’s National Park’s division came up with the solution. Overpasses and underpasses on the highway, a fence on the park side of the highway 180Km both sides, stitched into the ground to prevent borrowings and also to guide the animals for their escape route through these passes. Larger animals want a clear view of where they are going they will use the overpasses or bridges. It’s remarkable how effective this experiment has been. It is now twenty years since this project started. Monitoring devices have shown the amount of crossings that happen. The amount of collisions have reduced significantly. Looking at the bridges it’s amazing how much vegetation that has grown on them, pine trees, shrubs, plants and flowers. Camouflage in itself for the animals. There are 6 overpasses and 38 underpasses. Animals using the passes range from Grizzly and Black bears, wolves, coyotes, cougars, moose, elk, deer, bighorn sheep and lynx.

As a result of this success other countries have taken note and have now built passes for wildlife to use. Accidents are prevented. Human lives are saved. Nature and wildlife can exist in harmony with economic progress.

To visit and see what can be done to protect the environment is a experience in itself. It’s there for you to witness in so many places, why not go and enjoy it.

Nollaig na MBan, also known as Women's Little Christmas, a unique non-religious tradition. Historically, Irish women gathered on January 6 to enjoy a break from household chores while men stayed home and took on the cooking and cleaning of the home. Women would gather together in their homes and relax in each other's company while some may head to the pubs, places that usually catered to men.

Christmas fun doesn't need to end on December 25th. It comes to a close on January 6th, the Feast of Epiphany, a major Christian celebration. Historically the Feast of epiphany observed three significant events in Christianity: the birth of Jesus, God's appearance when at the baptism of Jesus by John the Baptist, and Jesus changing water into wine at a wedding in Cana. When the Georgian calendar was adopted, Jesus' birthday became December 25. The Nativity was no longer celebrated on the Feast of Epiphany. Instead, January 6th marked the day three Magi, also known as the three wise men or three kings that visited baby Jesus. While Christians in the Eastern World still celebrate the birth of Jesus on January 6, the period between December 25th and January 6th is known as the Twelve Days of Christmas. Spain refers to the Epiphany as Three King's Day, England references this as Twelfth Night and Ireland commemorates the day as 'Little Christmas' or 'Women's Christmas.

Little Christmas marks the end of a busy Christmas season for the Irish. Christmas decorations are taken down on this day. (It's considered bad luck to take down before January 6). Sprigs of holly used as decorations are tossed into the fireplace to burn and commemorate the official end of Christmas. A reflection of Ireland's culture and tradition. The day is celebrated not only for religious reasons, but also for the strength and sisterhood of women. You don't have to be Irish or live in Ireland to celebrate Women's Little Christmas. A festive way to say goodbye to the holidays and enjoy a women-centred event.

Stories Written Into the Lands

When one thinks of Christmas markets, your mind thinks of Europe. Pretty little stalls filled with decorations, handmade figurines and local produce. Sounds of sleigh bells and choir singers fill the night air. Europeans are the masters of creating this holiday festive phenomena.

Rekindle the enchantment of your childhood memories.

The Story begins back in the 1300's. Wintermarkete (winter markets) began to spring up all over Europe when storekeepers got permission to extend their store space out onto the market square. This occurred in early winter so townspeople and country dwellers alike could stock up suppliers to last through the cold winter months. Over time, local families started setting up stalls to sell handmade toys, trinkets, wooden carvings, glassware and many hand-made candies. These were often bought as gifts to give away at Christmas. For centuries, Christmas markets have cheered weary villagers and brightened long winter nights.

Vienna in Austria is credited with having been the first area to hold a Christmas market followed by the German cities of Munich, Berlin and Dresden. The hospitality section then started to promote the markets as Christmas markets, opening up new destinations and extending the tourism season.

Christmas markets combine the charm of tradition with the excitement of an open-air marketplace. Fragrant, tantalizing aromas of gingerbread, Gebrannte Mandelln (candied toasted almonds) and traditional food like Zwetschgenmannle (figures made of decorated dried plums) and sizzling bratwurst will have your mouth watering. Our favourite beverages include Gluhwein (hot mulled wine) and Eierpunsch (an egg-based warm alcoholic drink). A great way to warm up the spirits as you browse the stall lined streets.