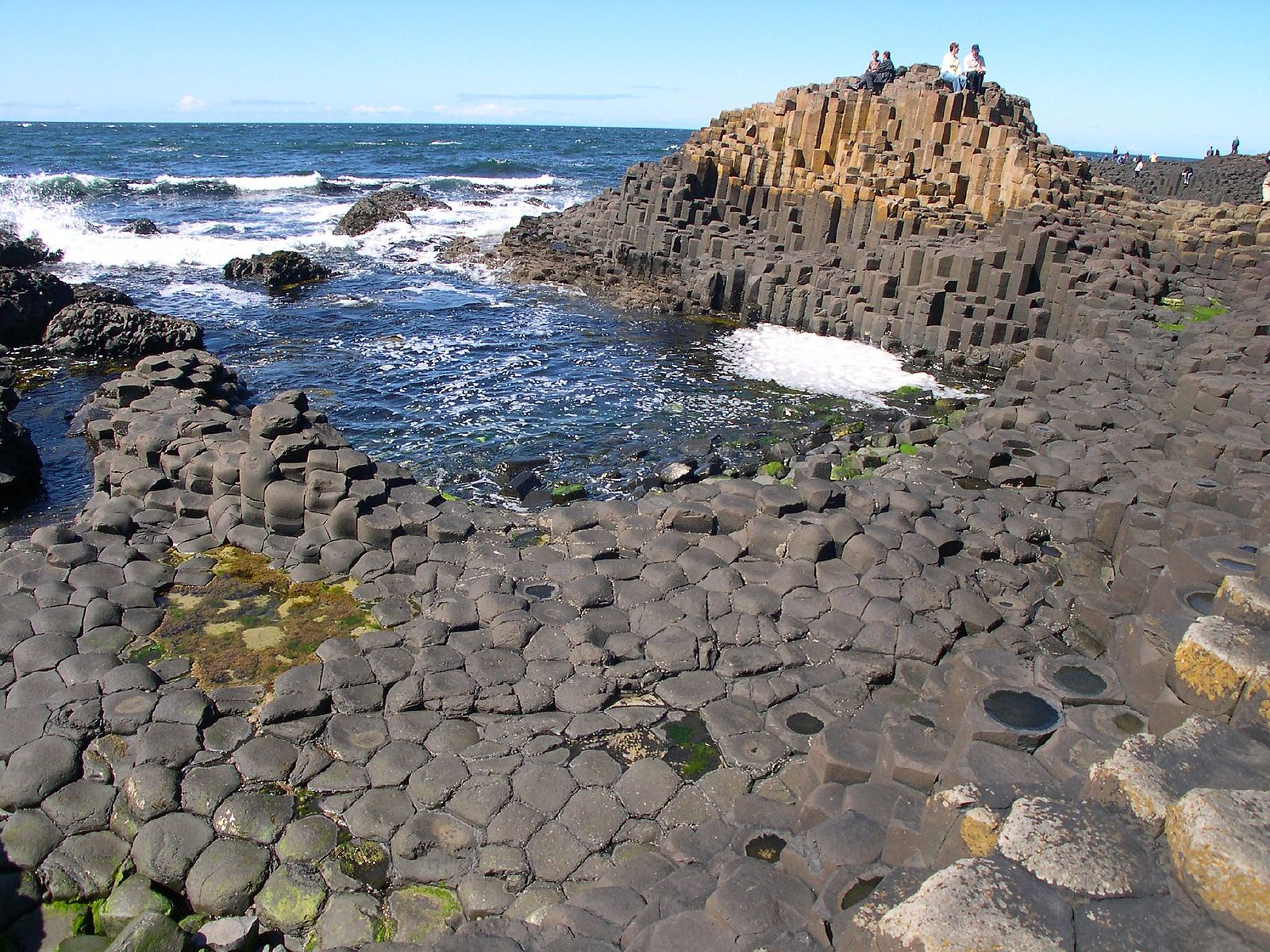 Culture, history and super-friendly people are what Belfast is all about. Visit here and you’ll experience a place unlike any other in Europe. This is a city that can trace its history back to the Bronze Age; a city that built Titanic; a city forging a unique food scene; and a city that dances to its own beat. From its mighty shipbuilding past to the dynamic arts scene that swirls around the Cathedral Quarter, Belfast likes to mix it up. Have lunch in the Michelin-starred restaurants and fish and chips dinners in downhome chippies. Enjoy upscale cocktails in snazzy jazz bars and local craft beers in traditional pubs. Soak up the story of Titanic, see the famous political wall murals and hurtle headlong into history at the Ulster Museum;whatever you do in Belfast, you’re guaranteed a good time.

Like going out? You’ve come to the right place. This is a city that is unapologetically social, with a buzzy vibe that radiates through the bars, clubs, restaurants or cafes. Start with something excellent to eat – Belfast is at the cutting-edge when it comes to food, and there’s a critically acclaimed culinary scene playing out in some of the best restaurants on the island. Try the Michelin-starred Ox and Eipic for fine dining; enjoy a more relaxed vibe at James Street South, Town and The Muddler’s Club, or get your caffeine fix at Established. For great bars, hit the Cathedral Quarter, which cradles much-loved trad such as the Duke of York and The John Hewitt. Try cool cocktails at the Merchant Hotel, Ritas and The Albany, and finish the night with a gig at the legendary Limelight on Ormeau Avenue, where everyone from Snow Patrol to Shane McGowan has taken to the stage.

What to see and do

Belfast mixes beautiful outdoors experiences and really great museums and with its compact size, getting the best out of the city is a cinch. Embark on an urban adventure with a difference by hopping on a Black Taxi Tour. Unique to Belfast, this tour is run by people that know the place best and takes you into the city’s past with visits to the political murals.

Walk out towards the beautiful Queen’s University (with an alumni including poet Seamus Heaney and actor Liam Neeson) and you’ll find the fascinating Ulster Museum, and the verdant wonderland of the Botanic Gardens. Belfast’s big architectural showstopper is City Hall, which dominates Donegall Square with its grand Baroque exterior. Head south from here and you’re into the Cathedral Quarter, where galleries sit cheek-by jowl with buzzing pubs and restaurants. Dynamic, cultural and great fun – it’s like Belfast in a nutshell.

Rising like an incredible shimmering ship near the waters of Belfast Lough, Titanic Belfast has been named the World's Leading Tourist Attraction at the World Travel Awards. This majestic building stands on the very site where Titanic was built, and boasts nine galleries covering everything from Belfast’s shipbuilding heritage to the discovery of the wreck.

You’re well placed here to delve even further into the story of the Titanic, with everything from Titanic walking tours to visits to the Pump House and Dock, where she sat on the eve of her launch. You can even get on board a piece of real Titanic history with the SS Nomadic, which ferried first-class passengers from Cherbourg Port in France to the Titanic and is the last remaining White Star Line Ship in the world.

The Coastal RouteBelfast & the Causeway Coast

There’s  a reason why Lonely Planet voted Belfast and the Causeway Coast Best in Travel back in 2018. Hip restaurants serving cutting edge cuisine, Titanic history re-enacted for eager 21st century explorers and a buzzing energy thrumming underneath it all. Belfast is the epitome of great things coming in small packages. But the fun doesn’t stop at the city limits.

Picture-perfect villages nestled into lush hillsides, ruined castles teetering on cliff edges, the ever-present crash of the waves…there are wonders to be experienced all along this legendary coastline. Some places make you want to take your time... like the Causeway Coastal Route. Clinging to Ireland's rugged northern coastline between buzzing Belfast city and the walled splendour of Derry~Londonderry, this is a glorious mix of pretty villages, pristine beaches and exhilarating clifftop walks. The scenery alone will take your breath away – but it's the smaller experiences that will stay in your memory.

Imagine breathing in the scent of the sea from the craggy heights of Fairhead, tucking in to a plate of freshly caught seafood in a friendly fishing village, or daring yourself to look down as you cross the gently swaying Carrick-a-Rede rope bridge.

And if you want to visit the famous Giant’s Causeway, here's a top tip. One of the best ways to see it is from above – with the Clifftop Experience. On this four-hour walking tour, your local guide will show you how to beat the crowds and get a bird’s eye view of the ancient basalt columns below. So strap on those walking boots, don your rain gear and enjoy the wild beauty of this stunning stretch of Antrim’s coastline.

The Causeway Coastal Route between the cities of Belfast and Derry~Londonderry is a kaleidoscope of natural landscapes, imposing cliffs, bubbling mountain streams and gushing waterfalls.

This stunning slow coastal route starts in Belfast and will take you to the remarkable Gobbins Cliff Path, through the gorgeous Glens of Antrim, towards the famous Giant’s Causeway and the magnificent Mussenden Temple.

From Belfast city, via the Gobbins Cliff Path and all the way to the UNESCO World Heritage Site from which it takes its name, this incredible route is best enjoyed at a leisurely pace. Days are lazily spent driving along unique coastal seascapes, eating fresh seafood and exploring pretty seaside villages.

The romantic remains of Dunluce Castle lie teetering on a craggy headland. This 14th-century stronghold was abandoned in 1641 after part of the kitchen collapsed into the sea during a storm. Small wonder this place is said to have inspired C.S. Lewis to create Cair Paravel in The Chronicles of Narnia. Is that epic enough for you yet?

Country Antrim's lighthouses shine brightly along this rugged coastline. Visit Rathlin West Light on stunning Rathlin Island or stay in one of the restored lightkeepers' houses at Blackhead.

Take a trek on horseback in the company of expert local guides from Shean’s Horse Farm; join Taste the Coast with Portia Woods from either Belfast city or the town of Whitehead, and get set for one seriously mouthwatering trip; or head to the nearby Old Bushmills Distillery, Ireland’s oldest working distillery, where you can enjoy a tour and a wee dram.

There are so many fantastical landscapes along this Northern Ireland route that several places have been chosen as filming locations for the smash-hit HBO series Game of Thrones. If you’re a big fan of the HBO series, then you’ll adore Giant Tours Ireland. Flip, your local guide and driver was a stand-in actor for Hodor, so has wonderful stories and anecdotes from his experience.

There’s nothing modest about Antrim’s coastline. Drive along the famous Causeway Coast, and one stunning site leads to another, the craggy castle ruins of Dunluce Castle, the pale cream sands of Whiterocks Beach or the stunning views of the Carrick-a-Rede Rope Bridge are just some of the fine attractions. But as you weave along this great driving route, one sight jumps out as truly spectacular: the Giant’s Causeway.

Stand on the hills that gently arc this precious place and you’ll look down on thousands of basalt columns tumbling down into the Atlantic Ocean. It’s an epic sight, with a whopping 40,000 or so of these hexagonal-shaped stepping stones, which date back to a volcanic age almost 60 million years ago.

Legends of the Giant's Causeway

Step into the Giant’s Causeway Visitor Centre and you can discover a story that’s close to the heart of this UNESCO World Heritage Site. The star of the show is Fionn mac Cumhaill (Finn McCool) – an Irish giant who picked a fight with Scottish big man Benandonner. Legend has it that the giants loathed each other. And so one day after enduring insults from Benandonner, Fionn built a path to use as stepping-stones to reach Scotland, which was then ripped up by Benandonner. The result was the Giant’s Causeway.  Geological marvel

And what a truly unique place it is. An enjoyable walk of just under a kilometre will bring you down to the Causeway itself, where you can hop over the stones, explore the surrounding hills, or just sit and contemplate the puzzling geology that has led to one of the most remarkable natural sites in Europe. Here, the light changes through the day, with remarkable beauty from sharp greens and greys to warm tobacco brown.

It’s what dreams are made of.